No items found.
Product is not available in this quantity.
Features

What I Learned From Writing 10,000 Words About Breakfast 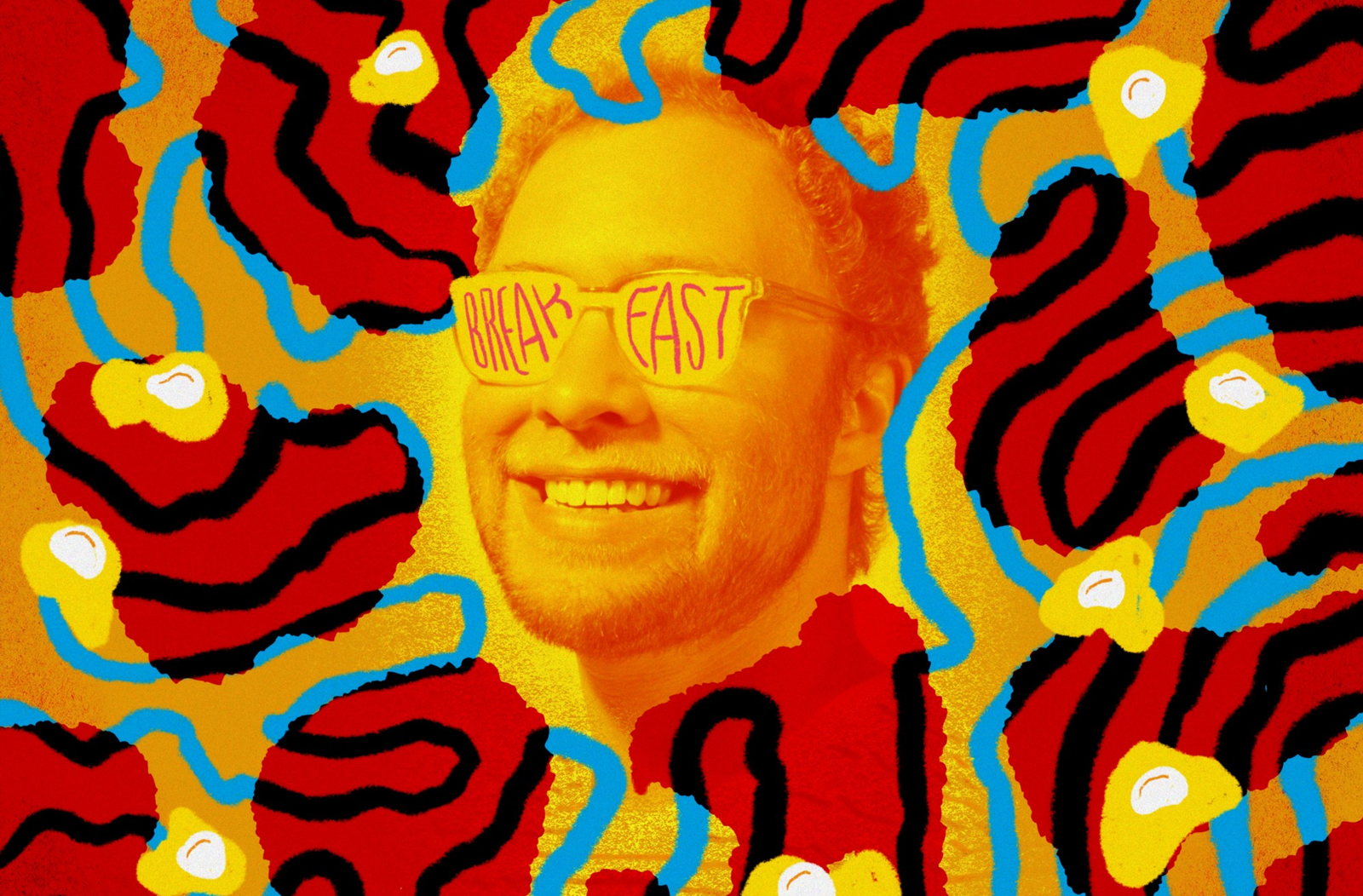 I have fond memories as a teen being stuck in the third row of a Ford Windstar with my grandmother on a long 14-hour ride from northern New Jersey to Bloomington, Illinois. Along the way I came into possession of a book called Letters from a Nut by Ted L. Nancy. Instantly it became my predominant entertainment on these trips. Letters were of books written by Barry Marder showcased faux-customer service letters to real companies. I became so smitten by the humor that I believed I was capable of writing my own letters to companies. I wrote a lot of them, and if I had the opportunity to read them now, I’m sure they’d seem juvenile. The Letters from a Nut books were enchanting to me because it wasn’t clear to me if they were real or if it was an elaborate joke. Obviously, I learned later that Barry Marder created a pseudonym for his books, while going on to wrote the now-legendary Bee Movie.

My humorist zeal matured into zines in middle school, a series of hand-drawn books stapled together called LOOK! At that point in my life comedy seemed to have three parts; a setup, a fake-out an a punchline. My process was to illustrate three panels. The first panel housed a normal incident, the second frame presented an expected joke, and the final panel declared the real punch-line. I interpreted being funny as coming up with a pivot that was so far from any likely occurrence. It was like these knock-knock jokes my brother would tell as a kid where he’d start, my dad would ask “who’s there?” and it’d end with “red fire truck!”. You can guess the red fire truck had nothing to do with the start of his joke. The most nuanced idea of comedy I conjured up as a teenager was pulling something out of left field and thinking it was hilarious.

Let’s fast forward to high school and I swapped out zines for short film scripts and humorous animations with Macromedia Flash. Remember Macromedia Flash and when it was still taught in schools and was going to be the next big thing? Being too scared to share any of my animations, I turned to English class to try my humorist touch there. One assignment called for a serious essay, and I submitted a satirical piece instead. I was certain my English teacher was going to fail me. Luckily, she gave me a book from David Sedaris titled Me Talk Pretty One Day and encouraged me to embrace humorist writing. This was the first time I had any inkling that I could do this.

My career took a compelling turn, and I found a better home in design and art direction. Humorous writing never materialized again until a few years ago, when I took on more editorial work inside CNN. Asked to develop illustrations around the theme of future phones, my art director Stewart Scott Curran and I wrote a humorist treatment around our illustrations. They published the writing, and like that I was a published writer. One more editorial story later for CNN and VSCO exploring Hurricane Sandy One Year Later, I aspired to develop a real voice in my work. Traditionally, humor had been easier to execute in visual mediums, but I was confident I could write in the same way. Along the way, an idea blossomed to write about breakfast. I set out to make an effort at writing satire, and rid myself of the fear to publish that work.

Two years ago, I started writing. A lot. It started with building a regular journaling practice. As part of a bigger self-care lifestyle, I embraced journaling and brain-dumps to keep an inventory of my thoughts. This helped immensely for tracking my progress too.

I prepared for writing Morgenmete Issue 01 by making a list of faux-article headline and forcing myself to write to those titles. It’s easier for me to concept in satirical headlines than to conjure up full ideas. With a list of 100+ fake headlines to start with, the breakfast journal would be a compilation of exotic writers. One roadblock hit fast that I didn’t have an editorial budget for my favorite writers, and exchange of services can only go so far. I was stuck in a situation where if I didn’t write a majority of these articles, this journal wouldn’t happen.

That’s where panic set in: I’m not a writer, and who would want to read my version of these articles? How could I bring across the kind of voice that I didn’t believe I had in me to write?

This type of discomfort is where artists strive to live in, and one that upon reflection you see the inevitability of it working out well. In the process, it’s daunting and scary. I’ve been an art director, a designer, a photographer, but never a writer. This kept repeating in my head.

How did I come to this point where I’m about to publish 10,000+ words of my own in a satire print journal? Here are the main things I did to help me get through it.

Start by Writing Stream of Conscious

A blank page is scary enough, and it was too unnerving for me to consider structure and punchline before even getting words down. Better writers can outline and plan beforehand, but I had no idea where to start. Blissfully, I wrote and I didn’t look back.

This helped me to get everything out of my head and on to the page, while making sense of it later. It was discernible what was worth tightening up, continuing to explore or table for later. Stacks of ideas were omitted on the cutting room floor for later or not sustainable in the first place.

The first piece I wrote was “Incredible True Story of One Man’s Near-Breakfast Experience,” a piece rooted in the idea that people are too willing to skip breakfast because of inconvenience. I melted two ideas together; skipping breakfast and near-death experiences. It’s not rocket science, but I really enjoyed reading through tons of actual near-death experience stories to craft one of my own. My process here flourished by writing dozens of fictional experiences and weighing which one worked best.

A big shout out to my editor Laura Lynn Johnston, who was invaluable during this process. My ideas were strong, but the execution was weak in some instances. I didn’t have the skill to get from a rough draft to a finished piece. Luckily Laura offered to edit the pieces I had written and helped me finish a few others.

The first piece she edited and got back to me was beyond anything I could have edited. She helped get the work from my starting point to a place where my voice shimmered in the work.

Lean on Others for Whom Writing is Not Their Speciality

Unsurprisingly, I found a multitude of artists who had a voice about breakfast who are not primarily writers. It was heartwarming to share the space inside this journal with many talented illustrators, designers and creatives who contributed narratives. One of my favorite pieces created is We Leave This World The Same Way We Came In: Wondering Why Turkey Bacon Exists by illustrator Josh LaFayette. It paired so well with his visual voice, and it’s one of the funniest pieces in Issue 01. It helped to find artists who were in the same space as me and passionate about breakfast, but not established a a writer.

As I embark on launching the biggest project of my career, I’m thankful to all who have looked over my writing, given feedback on the ideas, and helped me develop the best version of Issue 01 that I could imagine.