No items found.
Product is not available in this quantity.
Op-Ed

We Leave This Planet 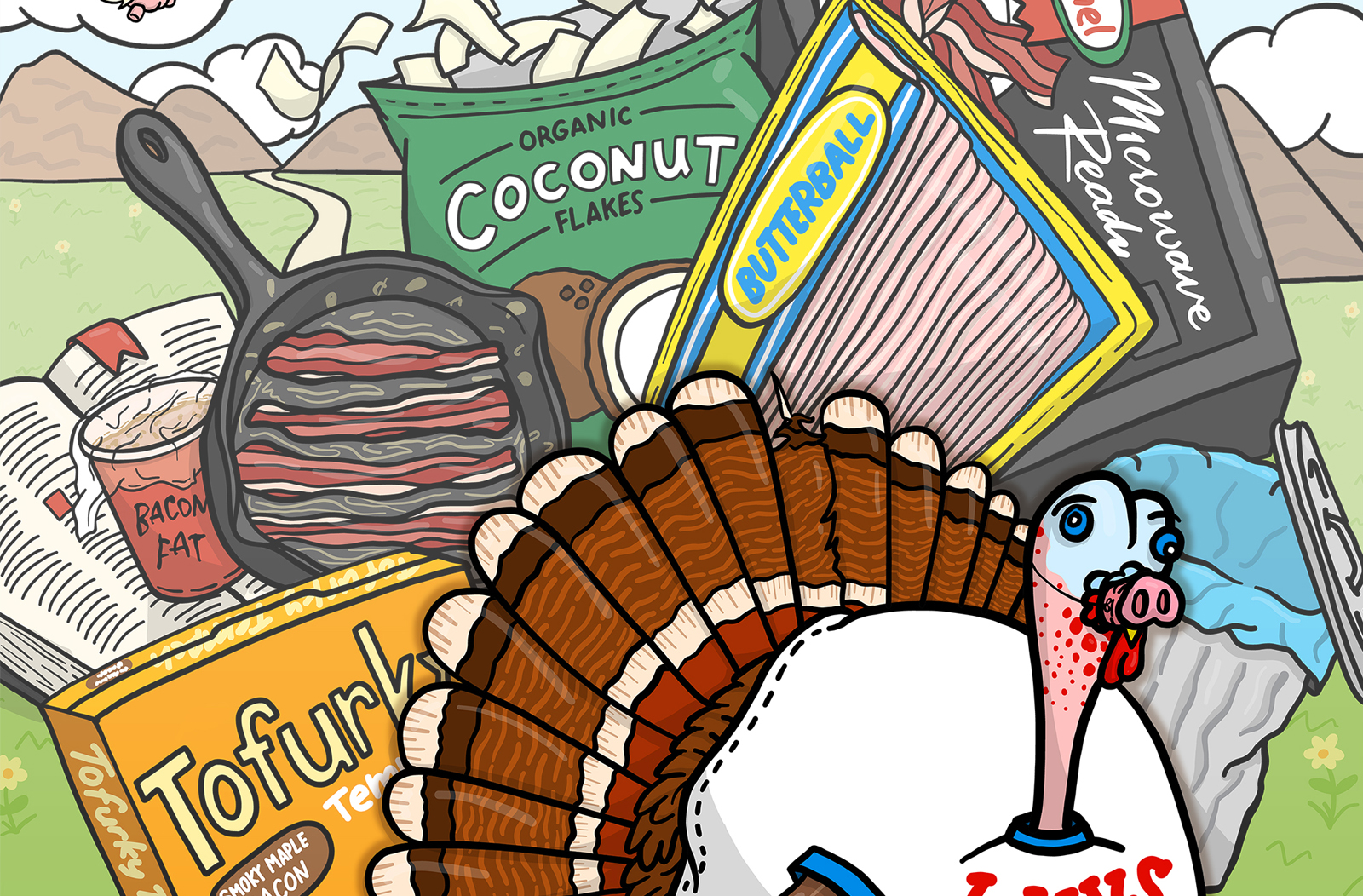 Turkey bacon is the culinary answer to a question that no one asked: “How can we make bacon ungood?”

It’s been so long since I had turkey bacon that I can’t even remember what it actually tastes like. It’s just solidified in my memory now as wet cardboard textured sadness. But I do remember the first time I saw it — cold, raw-bologna-looking strips in a blue and yellow Butterball® package. I loved eating it because it was different and weird. I was also twelve years old and an idiot. As I got older, the novelty wore off and I realized I was eating desiccated turkey flesh that I didn’t even like when I could just be microwaving up some good ol’ fashioned Hormel® pork. Now I am in my thirties and wise as hell, so I cook sugar-free bacon in a seasoned cast iron skillet. Which reminds me: when Twitter came out, I met a person #onthere who would save fat from cooking real bacon and then use it to fry turkey bacon. At first I thought this was genius, but after about four milliseconds I realized I could skip a few steps and just eat real bacon? Prolonged consumption of turkey bacon ruins a person’s ability to reason. It makes them do things like cook real bacon, THROW IT AWAY, and use its rendered fat to fry limp, pathetic strips of vapid turkey meat.

Look, I understand the cultural need for bacon substitutes. Some lifestyles exclude pork, and I respect that. I see my own love of pork as a weakness. I really do. But turkey bacon??? Turkey is bad to start with — dry, bland, it makes you fall asleep, it tastes bad, it’s dry, it has a chemical in it that makes you sleepy, plus it’s dry. There are so many other bacon substitutes in the world. Tofurky® Brand tempeh bacon is legitimately delicious and there’s no pork OR turkey in it — wow. There’s even a way to make a crispy bacon substitute out of shaved coconut, which I’ve done several times, and I always cram so many tasty handfuls down my gullet that I end up with a stomach ache for days.

I hate to say it, but this isn’t an issue of subjectivity. When we are born onto this absurd, rotating stone, we are evolutionarily set up to survive the struggle called “being alive.” But we are not made to understand — nor do we have to accept — fake bacon made out of a gigantic, stupid bird that looks like a medicine ball with a scrotum for a head. Turkey bacon is an abomination. Turkey bacon is a sin. May god have mercy on our souls. Please follow me on Twitter.