No items found.
Product is not available in this quantity.
Cover Story 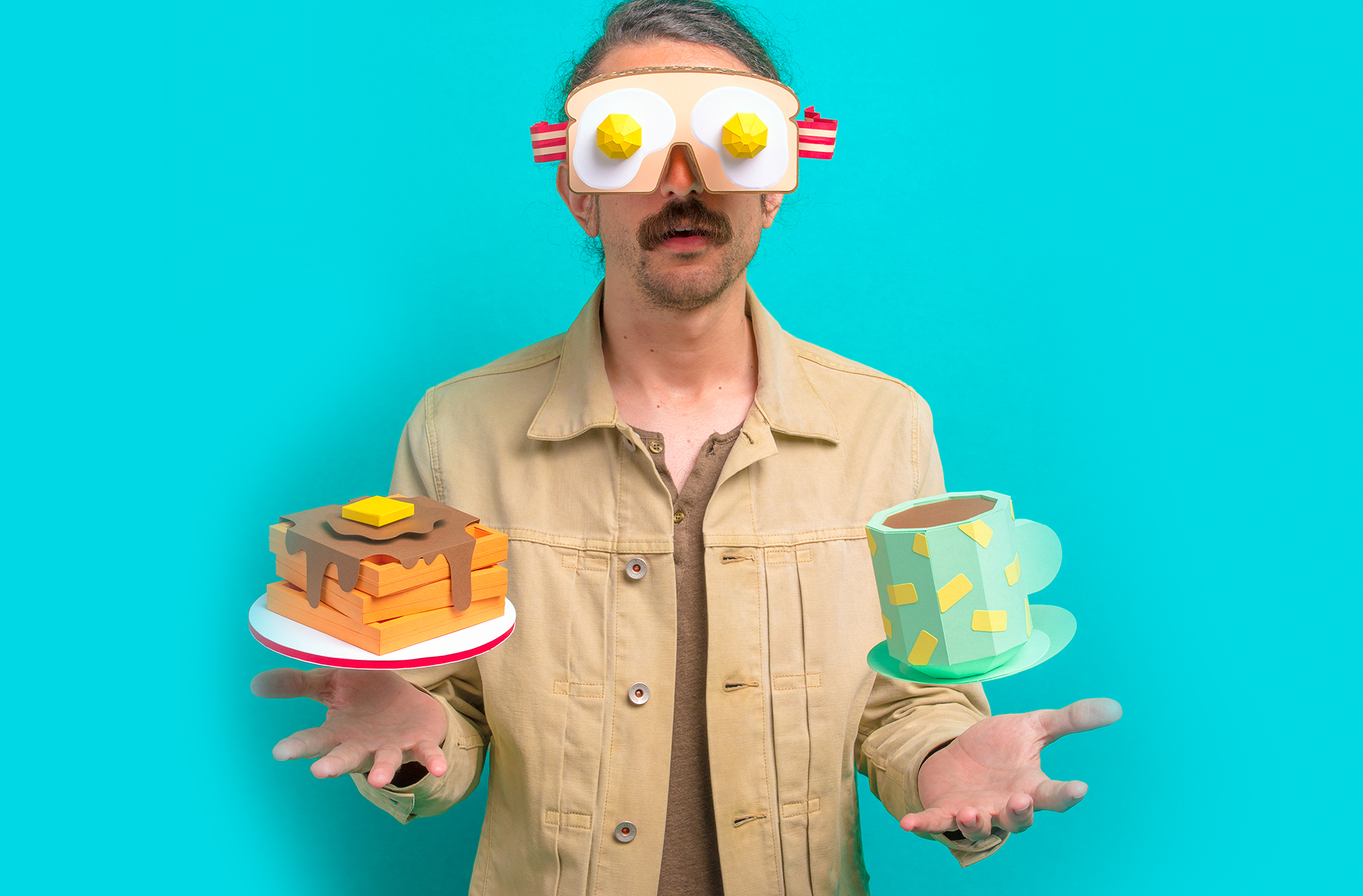 Please step over here into the playzone. Now, I'm going to run through a demo of this ground-breaking new game we've been working on. I'll guide you along and help make sure you get the most out of this trial run. As soon as you're ready, put on the VR headset and hand controls as well as our patented Smell-O-Nozzle™ to augment your experience.

As soon as you press start, you'll find yourself on a familiar city street walking along a strip of restaurants that are all currently serving brunch. The main goal is to get seated for brunch without a reservation in a wait time of under 30 minutes. The difficulty level you've chosen is an 8-person brunch, which is the highest level presently available in the beta version.

I see you've made it into the first restaurant on the block. You'll notice it smells of almond french toast and croissants (and it's surprisingly convincing, I must point out). Everyone already has mimosas in their hands. The hostess is telling you that your entire party must be present to be seated. Uh-oh! A push notification advises that two people in your party are habitually 10-50 minutes late; one person routinely oversleeps, and the other gets nervous about parking and ends up picking a spot half a mile away. You are unable to meet the challenge requirements of this location, so you'll have to move on.

Next up is a fun little mini-game we're testing out, which involves stepping outside and clearing through the crowd of 40 or so people waiting outside the restaurant. Use the D-pad to navigate through it. If you hit the up arrow, a panel will appear showing the inventory of verbal niceties available to clear a path through the crowd, but you'll have to complete the task in under 30 seconds. Be sure to use your “excuse me's” sparingly as you'll have to use in-game coins to buy more later.

"Be sure to use your “excuse me's” sparingly as you'll have to use in-game coins to buy more later."

Wow, incredible time getting through the crowd! Unfortunately, you have one last obstacle left: the boss of this mini-game is an old acquaintance you haven't seen in nearly two years who "just wants to know how things are going with you."

Fantastic! You completed that round with an impressive score, having only lost 10 seconds to the acquaintance. Your reward will be a full restore of the niceties in your inventory. You also get rewarded with an extra 10% battery life on your in-game smartphone, which will help since it's draining at a record rate with all the Yelp reviews you're shifting through as you go.

Try stepping into the next restaurant over there. Ah, yes. The host is telling you it's cash only. You don't have enough cash to cover your whole party because, undoubtedly, nobody else will have brought cash. You can't unlock this brunch yet, so better move on.

Third time's the charm, right? Try that place over there. The sign in the corner is telling you this place has unlimited mimosas and bloody marys, which is ideal for a high-ranking score. You'll notice the blinking red dot in the left corner of your screen. Unfortunately, two people in your party are “on a diet and it's a whole big thing" and are refusing to drink at brunch for the next two weeks. You'll need to stop and text them to check if they're ok with everyone else drinking around them. Aww, looks like they won't respond in time so you won't be able to unlock this brunch either. Your in-game phone battery is down 40% because of this interaction, so you'll have to use some of those in-game coins I mentioned earlier to buy more battery life or find a restaurant who will allow you to plug your phone in at the bar.

That beeping sound means you've unlocked another mini-game. It's time for an intermediate coffee refueling and the line is already 17 deep. Your goal here is to pop off 20 sincere sounding comments on your friend's Instagram posts before you get to the front of the line. You can comment by rotating your thumbs on the up and down arrows at the same time. Yeah, you've got it! These pictures are mundane, but if you don't cement your friendship with that person, your score could take a major hit.

Whew, that was a close one. You finished the last of the 20 comments with just 14 seconds left. You've really outdone yourself in the comments here, making the absolutely trivial seem half-talented. Cool, you got rewarded with the barista at the counter half-remembering your name! That's a bonus of a 15% phone battery life increase!

Oh good, your livelihood stores have been revived by the coffee. Continuing on, let's look at this next restaurant. It looks shockingly empty, like maybe you've stumbled into a lucky lull in brunch time. That or else this restaurant has recently received a failing health score. Make sure to casually check the posted rating before committing. B+! Looks like you're safe.

The hostess asks if your party is here. You'll have to purchase a fib to tell her they are all parking even though the indicator in the corner of your screen says otherwise. Congratulations! She bought it! You've successfully unlocked this restaurant! The hostess is telling you to follow her to the back. Quickly now, use the control pad to navigate through the tables of families with screaming children so you don't lose her!

You've succeeded in securing a table for eight, but nobody else in your party has arrived yet. You'll have to avoid the stares of other restaurant patrons so you don't lose points. Use the left function key to immerse yourself in your phone hoping that at least one person tells you they're about to arrive. Keep a close eye on that battery level though. You won't be able to go charge it without anyone else to save your table and you'll be hooped if it dies completely.

It looks like you've unlocked a new mini-game which is guiding your friends to where you can park legally. Use the left and right arrows to guide your friends on the pop-up map. Two of your friends ended up in the wrong part of town and delay their arrival by 20 minutes. Your livelihood meter is tanking fast!

The push notification says your waiter is about to make his first stop to ask if he can get you anything while you wait. His passive aggression at the absence of the rest of your party knocks your livelihood meter down another 10%. Better order a coffee.

The alert on the bottom left of your screen means you have a DM from one of your friends telling you that she and her boyfriend won't be able to make it because they have to “get to another thing this afternoon”. Try deploying a guilt-ridden statement from your inventory as a last grab to get them to come out. Yay, it worked! The pop-up tells you they can "make it for a little bit but just for a drink maybe." Your livelihood meter gained 20%!

Oh wow! The other members of your party have arrived before the waiter even returned to check if you needed a refill! You'll get a bonus for that for sure. Try gently encouraging them to order some appetizers along with the drink orders.

Ah, darn it! You forgot to check if there was anything gluten-free on the menu! Unfortunately, you won't be able to make it to another restaurant since your livelihood meter crashed from embarrassment when you had to ask the waiter for a bill just for your coffee. Game over, my friend!

Thanks for playing! Don't forget to leave us a review and like Game of Scones on Facebook!